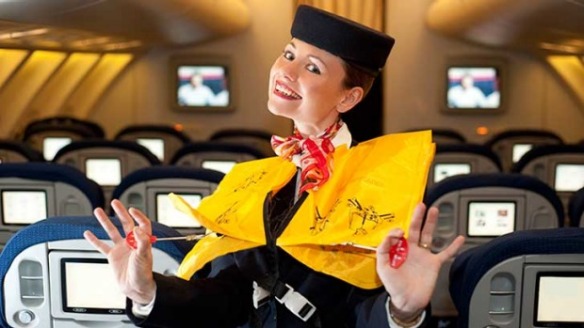 I’m very big on self care – in theory. I am very well aware that I’m of no use to my students when I’m sick or over-tired, or worn down emotionally (although do I cancel class? Nope). I also know that if I want to ride my bike faster (which I always do) I need to rest properly. (I write about cycling for Fit is a Feminist Issue if you want to learn more). So I would like to think that, in the event I was in a plane-travel emergency, I would absolutely, totally follow instructions and secure my mask first, before looking around to see whom I could help.

I’d like to think so, but I doubt it.

I’m a perennial yes-sayer. Ask me to do shit; chances are I’ll say sure, of course! Usually with enthusiasm; somehow I convince myself in the moment that it’ll be fun/good for me, so of course, bring it on! Sometimes with covert frustration, but firm in the belief that saying no would bring very unwelcome consequences indeed. What these are remain abstract, but I’m sure they are lurking in the underbrush, ready to bite me in the shins.

Where does this urge come from? Part of it has to do with cultural socialisation: women are socialised to say yes – or rather, we are socialised not to say no, except under extreme circumstances. (And, incidentally: the fact that women are socialised to say yes most of the time is part of what makes debates about sexual consent so tricky, the obviousness of “no means no” so hard to make stick.) Historically, women are the helpmeets, the obedient ones, the ones who clean up the shit with a smile so that everyone else in the household still feels good about themselves afterward. Ever notice how women who take care of themselves well by firmly insisting on their rights – to their own time; to their own bodies; to their human rights – are often labeled sluts or bitches or worse? Or trolled mercilessly online? These are the women who have learned against the odds to say NO, to set their own boundaries independent of patriarchal expectations.

But a big part of this urge to say yes, for me, is also down to the social lessons the academy teaches us, from grad school onward: that we always need one more publication, so if someone asks you to write a chapter for their obscure forthcoming collection of course you say yes; that we always need to earn the next round of glowing course evaluations or else be branded a bad teacher, so of course you make yourself available to your students 24/7; that we need to be seen to be team players, so of course you do that committee gig on overload. The academy breeds imposter syndrome; all the measures in place to judge our impact are designed to help us feel, consistently, not good enough. And that feeling creates the panicked urge just always, always to say yes, even when the yes drips with years of accumulated resentment.

I was warned at the start of my academic career to guard against being constantly asked to do stuff, and to learn to say no as often as yes in order to protect my time and my own best interests. (That is, to preserve enough time for me to do the 40% of my job that is research and publishing-driven. We’re not talking lolling on the couch eating bonbons, friends. I wish!)

I knew there was absolutely no chance I was going to become one of those people who doesn’t get asked; those people are demonstrably a) incompetent, or b) assholic when on committees. I am highly competent, more’s the pity, and I’m allergic to being mean to people (just one more way I have been well socialised as a woman in the workforce, let me say). But I figured, early on, that there was a fighting chance I could learn to say no and mean it.

Alas: somehow, along the way, I did not manage to acquire this crucial bit of academic survival kit – or perhaps I got hold of it, but never properly internalised it. Anyway, I didn’t recognise how seriously I’d misfired on this one until last year, when a handful of extremely large things (a book; the organization of a large conference; the launching of a new academic program) I’d said yes to over a period of about 18 months all came to a head at the very same time. Suddenly, I was living through the profoundly exhausting consequences of three separate yeses. And it occurred to me that no way could these consequences have been worse than what would have happened if I’d said no.

So, emerging from this self-imposed trauma, I decided I was going to teach myself how to say no and like it. Feel relieved and gratified by it. Feel not guilty about it!

To do this, I turned to a handful of my best loved and trusted colleagues, all women, and asked them these questions:

I told them they could feel absolutely free to ignore the request; I did NOT want to add to anybody’s workload! I explained that I was crowd-sourcing ideas for this post, and that they should let me know if I could quote them, or paraphrase them, and whether or not I could identify them. (Most chose anonymity, but were happy to have me share their thoughts.)

I learned a lot of great stuff thanks to this exercise, and I’m eager to pass it on. Herewith, then, the distillation – plus a list of top tips you can pin up above your computer (I know I will).

One colleague at a similar stage in her career to mine noted that the biggest challenge, when it comes to saying no, is managing the temptation. Do I NEED to do this thing, or do I WANT to do it? And what exactly do I mean by these terms? Where do I place the distinction between them? She wrote:

As I think about it I realize that saying no feels pretty privileged. It is like the CV of failures. Privileged to say no because I don’t NEED to do that thing. But part of that I think is also calibrating what we mean by ‘need.’ My child-self mixes up ‘need’ and ‘want.’ Saying yes sometimes is a want rather than a need. Saying yes brings warm fuzzies of validation and achievement. … But beyond system imposed needs, I do think that the hardest thing is to self-calibrate those needs and wants. If I think about saying no as a privilege then saying no can feel pretty good too. I am fortunate that I get to say no.

These reflections on “no” as a privilege – one we need to be willing to grant ourselves, which is not often easy, but which remains a privilege nonetheless – coincide with the thoughts offered by one of my senior mentors, someone whose career advice I trust almost without fail. She noted that we always, always over-inflate the consequences of saying no, especially once we are at the very privileged stage, in North America, of having tenure:

In my experience, there aren’t repercussions for a ‘no’, beyond some generally short-lived grumpiness … saying no doesn’t ever mean you won’t be asked again … and again … in the months and years ahead.  Probably the most important thing to teach oneself is that it doesn’t have to be you – there’s always another person on the “ask” list.

Maybe that last statement is the critical one: there’s always someone else. We might not like to think we are dispensable, or replaceable – oh god, my imposter syndrome is calling! – but of course we are. Maybe embracing that reality could be, should be a good thing!

This leads to another key insight, offered by another senior mentor and friend. She struggles with health issues that impact her ability to work on a regular basis, but rather than making an issue of it she finds herself overcompensating by saying yes too often. For her, the struggle isn’t saying yes or saying no, but knowing her own body’s limits and respecting them, rather than trying to cover them up by repeatedly transgressing them:

The ‘how to’ isn’t hard: there are usually enough things on any academic’s plate that we can say ‘I can’t manage it at this time,’ or ‘I can’t manage it until x is done’ or ‘until we get a replacement for y who left’ or ‘there simply aren’t enough hours in the day.’

It may be that the question is ‘how much is enough.’ I mean that. And I recognise the absurdity in saying it when I write it, but I think it’s there.

“How much is enough for me?” “What do I mean when I say I need to do this thing?” Or, as a couple of respondents noted, will I enjoy this?

This last question is actually not superficial, but crucial. It’s directly connected to this one: will this thing, a lot of work or not, nourish me in a way that will allow me to do it well? That will allow me to learn from it and not resent it, and encourage others to do it well? As another peer noted very succinctly, I don’t do X because I hate it, and lots of people don’t hate it and would rather do it. I do Y because I love it and do it well; it’s a trade-off and one we should feel confident making. If everyone pulls their weight by doing (largely) the stuff they love, we will actually discover most of the bases will cover themselves.

To end, I’d like to share an extremely sensible list of things to consider before saying no, shared by my senior mentor with the iron-clad advice. This is a keeper, folks!

(*She also notes: If you are being pressured for a “yes,” even when you’ve given a “no,” then ASK FOR SOMETHING that will help! If you don’t get something in return, then your contribution isn’t that important to the person asking, and you can say no secure in the knowledge that you made your willingness but also your needs clear.)

My thanks to everyone who replied to my request for thoughts on saying no, and especially to the beloved friend who wrote this, and made me laugh out loud:

Sorry for the slow response. This is a fascinating topic for your blog but I’m afraid I must decline writing at this point due, in large part, to the time needed to devote to the many other things I’ve failed to decline. Sigh. Happy to discuss strategies in person at some point, though.

I look forward to reading the blog.

And yes, we plan to chat it out – over drinks, natch! – sometime soon.

2 thoughts on “On learning to say no, and to feel good about it too!”