This week, I was a speaker at a women, sport, and leadership event hosted by the University of British Columbia (where I played varsity women’s basketball for five years). In addition to (re)connecting with friends, it got me thinking about being, and now teaching, varsity student athletes. 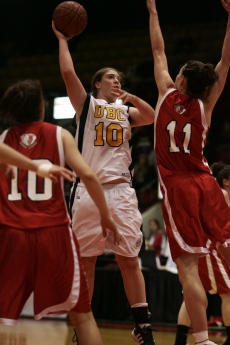 As an undergraduate, I was committed to both the “student” and the “athlete” part of my identity. I frequently showed up to my classes still sweating from practice with ice on various body parts. In retrospect, that was probably a little weird for my instructors. But, I was always there.

Correction: I was always there if I wasn’t travelling for a game or tournament.

That’s the thing about being a varsity athlete: it involves a unique set of commitments. 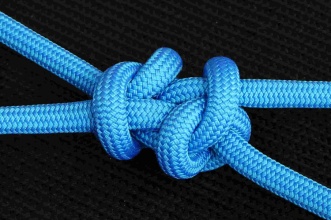 These commitments create a fraught knot of questions regarding funding, labour, privilege, resources, and power in post secondary institutions.

Rather than trying to untangle this knot, this post examines a reality I have experienced from both sides: in post secondary classrooms in Canada and the United States, there are varsity athletes, and this sub-grouping of students comes with a unique set of opportunities and challenges for instructors.

Luckily, I know precisely the person to ask about teaching varsity athletes: my friend and former teammate, Carrie Watts — a former national team basketball player and the assistant coach of UBC women’s basketball.

So, I managed to snag her for a short conversation at the subject last night!

KB: You’ve been coaching at UBC for how long now?

KB: Has there been a shift in students and student athletes in the time you’ve been coaching. If so, what is it?

CW: I think there has been a shift. I think one of the areas has been the resilience. That plays out in terms of maintaining confidence in challenging situations, and the other is handling the stress. And, I think that’s across the board – not just isolated to student athletes. In general, there is maybe more stress, or it’s handled differently now and kids are a lot more serious about some of the stressors.

KB: What do you want post secondary teachers to know about student athletes in the classroom?

CW: I think they’re incredibly focused and they have so many demands on their time and they manage it incredibly well. When you think of all the things that they’re juggling that non-athletes are not also managing, they handle things so well. They’re meeting and excelling in their academic demands, and they’re also committing 25 hours a week to their sport. There are similar demands and expectations for excellence in their sport as there are of them academically. Plus, they’re travelling, plus they’re trying to negotiate roles in their sport, and confidence, and they’re just dealing with a lot more than people might understand if they haven’t been an athlete in their past.

KB: What are the opportunities and challenges for student athletes as learners?

CW: I think there are a lot of skills that they [bring] in terms of time commitment, in terms of work ethic, in terms of teamwork, of being able to take feedback … they can recognize a little bit more just to see how great they are, and I think the challenges [for them] are just being able to maintain confidence and see challenge as an area of growth … it’s hard in a university environment because they’re being told “growth mindset; failure is a good thing” but at the same time, there [are] so many expectations on them academically even to get into school. So there’s not really, especially on the academic side, that room for failure [for student athletes], because they need to be at a certain standard to give themselves the opportunities academically.

Chatting with Carrie prompted me to think a bit about what I, as a university instructor now, would want to know about varsity athletes in order to best support them in my classroom.

Five Things to Know About Varsity Student Athletes in Canada

2. Varsity athletes do not set their own schedules.

Their schedules are set by coaches, trainers, and leagues. Generally speaking, missing a scheduled event — particularly games — is not an option.

I understand that some instructors don’t want to give athletes special privileges in regards to missed classes or exams. In many respects, that’s fair.  If you have unyielding policies, however, it may mean that varsity athletes won’t be able take your classes.

In my undergrad, I not only dropped several classes because of such policies; I also majored in film studies rather than theatre studies because I didn’t set my own schedule and couldn’t predict (see point 5) when I’d be able to complete the 100 hours of service required for the degree.

Pro tip: a varsity athlete who plays a fall sport should have little to no varsity sport conflict in spring semester classes.

(Fun fact: some Canadian universities play in American leagues and fall under the purview of American funding rules).

The short and overly simply version of this difference is that Canadian varsity athletes receive significantly less scholarship money and resources than American varsity athletes. In Canada, this also means that there can be huge funding differences between sports.

In short, in Canada, just because a student is a varsity athlete doesn’t necessarily mean they’re receiving significant financial support through varsity athletics.

5. The travel schedule and emotional dynamics of a varsity athlete tends to becomes less predictable and more intense near the end of their season.

In sports with a playoff structure, a student athlete could travel out of town or out of province every week for multiple weeks in a row. The kicker? They will likely not know where or when they’re travelling until the beginning of each week AND the geographic scope of travel could extend across the country.

Playoffs also mean mounting emotional stakes for student athletes. In particular, athletes in their final years of eligibility may be playing in games that could mark the end of their athletic careers. Which can be a ginormous life milestone.

This unpredictability will, undoubtedly, affect their presence (physical and emotional) in a classroom.

Each instructor will have their own opinions about varsity sports and how to interact with varsity athletes in their classrooms. And, I should say, not all my experiences teaching varsity athletes have been positive. Varsity athletes are first and foremost humans, and humans are complex organisms.

Still, I find it helpful to understand — or, at the very least, have a sense of — the different kinds of intersections and commitments my students are managing outside of the classroom.