At this critical moment in democracy, with elections looming in the UK and US, talking to student and each other about how political performance work can be fraught. In our guest post, Julia Peetz — Leverhulme Early Early Career Fellow in Performance and Politics at Warwick — offers a new perspective for thinking through the complexity of the relationship between performance and politics.

The most intriguing part of the permanent exhibit on the U.S. presidency at the Smithsonian Museum of American History in Washington, D.C. is the interactive ‘You Be the President’ display. Visitors choose a presidential speech whose script will appear on a monitor as they stand at a podium opposite and read the text out loud. When I visited, in March 2017, ‘You Be the President’ was particularly popular with kids.

I was in D.C. to conduct interviews with former White House speechwriters who had served presidents going back all the way to Ronald Reagan, so it’s safe to say I was preoccupied with the public performances of presidents. It struck me that this is what resonates as an impersonation of the U.S. president: rather than, say, sitting in the White House Situation Room surrounded by advisors and faced with making an important decision on national security or at the Resolute Desk in the Oval Office looking through the President’s Daily Brief, you stand at the presidential podium and address the nation. 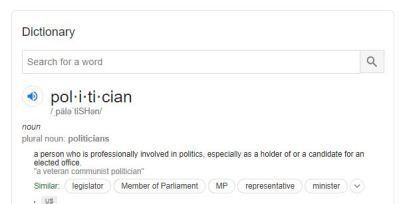 It isn’t surprising that this interactive exhibit would highlight the words of presidents, some of which are indelible, taught in schools and carved into monuments. Public appearances are central to the president’s connection with the public, the only way most people come to know their president. And we like to tell kids that they could be president one day: it’s a promise or a threat, depending on how you look at it, that’s reinforced as they stand up at the podium.

Despite all this, if we think more generally of politicians performing in public, the idea that these performances actually accomplish much of anything is usually dismissed. Commentators speak of the ‘theatre’ of politics, and what they mean is the public bluster of politicians, and their lies.

We don’t always applaud politicians for being good with words, either: Bill Clinton’s ability to ‘parse’ language earned him the nickname ‘slick willie’: he’d claim that there ‘is no relationship’ with Monica Lewinsky, deliberately in the present tense. President Clinton was a virtuoso at improvising: he would extemporize as much as a third of his speeches, but his speechwriters were aware that Clinton’s obvious way with language led people to view him with suspicion, too. 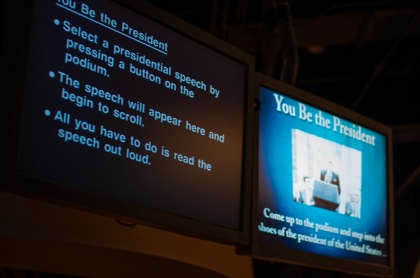 In the public imagination ‘performing’ stands as the antithesis of accomplishing something of substance. When the president is speaking to the public from the presidential podium or participating in a televised debate during an election campaign, he is not making important decisions on national security in the Situation Room or evaluating the nation’s priorities from the Resolute Desk. Seeking the limelight is seen as a simple activity driven by base—or childish—impulses. It’s slightly embarrassing, not to mention hubristic, then, for adults to stand up and pretend to be Lincoln in Gettysburg. I didn’t see any who tried.

With the 24-hour news cycle and the public ubiquity of politicians—especially U.S. presidents—, though, scholars have had to contend more seriously with the role performance plays in politics. Performance, perhaps rather obviously, has been linked to representation, in the sense that performing politicians represent their public offices, are frequently tasked with speaking on behalf of their constituencies, and represent themselves as credible and competent representatives of and to their constituents.

Because the U.S. president is the only person elected to represent the entirety of the American nation, it makes sense that presidents employ teams of speechwriters and have their speeches carefully vetted. In fact, earlier presidents (roughly those who were in office before Theodore Roosevelt and Woodrow Wilson), followed a pattern introduced by the earliest presidents and consolidated by Thomas Jefferson: they tended to avoid addressing the public on matters of policy. The Jeffersonian model largely limited presidential speeches to explicating the U.S. Constitution and held the president somewhat above the fray of partisan politics.

However, acknowledging the importance of performance in creating representative relationships between politicians and constituents is only half the story. It still does not explain why performance in politics should necessarily be viewed with suspicion. If performance is ‘only’ important, then (stage fright aside) why are adults so reluctant to engage with that interactive exhibit?

This is where the topic becomes interdisciplinary: it’s where the structured thinking about institutions and their functioning from political science meets the more theoretically developed thinking around different aspects of performance from theatre/performance studies.

In teaching about politics and performance, I’ve found it important to stress these different disciplinary perspectives and their priorities: political science is interested in institutions, how they function and operate on a structural level, where power is situated within them, and different ways of intervening in those arrangements.

Theatre/performance studies is much more interested in perception than it is in institutions: how performance can shape and reshape people’s perception of the world or indeed why theatre and performance, overall, is viewed with such suspicion and contempt. 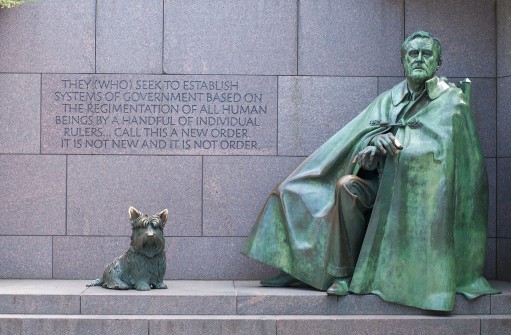 As a result of its unique perspective, politics scholarship sees the ability of political audiences, who are in the position of judging whether their would-be representatives are acceptable or not, in relatively straightforward terms. It mostly puts aside the idea that political audiences often do not judge straightforwardly and instead feel a great deal of ambivalence, distrust and suspicion.

But that ambivalence, distrust, and suspicion are fundamental to representative politics—and if we focus only on what performance does on the structural level of political representation, then we miss a great deal about its complexity.

As a result of this, politicians’ performances have to fulfill two distinct tasks: they have to move crowds of people, in effect doing an actor’s job, but they also have to convince these crowds that the public persona performed is a true reflection of who the politician really is.

Perhaps it’s for that reason, too, that the prospect of performing as the president is both daunting and slightly embarrassing for visitors of ‘You Be the President’: speaking the words of the president drives home that we know the public side, and really only that public side, of the president. We know the words of famous speeches, but we have to imagine what they felt as they performed them. Distrust and suspicion enter because we cannot bridge this gap.

The president’s work at the podium, then, is far from straightforward, simple, or lacking in substance. Indeed, to explain what performance does in representative politics means to explain how different academic disciplines frame their research questions and why certain questions cannot be satisfactorily addressed from within one discipline alone.

For further reading from Julia: here and here

1 thought on “Why Performance Enables, and Disturbs, Democratic Politics”