As 2019 drew to a close, I had the pleasure of chatting with Sarah Bay-Cheng, the current Dean of the School of the Arts, Media, Performance and Design at York University in Toronto and one of the co-hosts for On TAP, a podcast dedicated to issues in theater and performance studies and academia.

The following is the first of a two-part interview that covers everything from how different kinds of performance (theatre and sport!) have influenced Sarah’s teaching to how she applies her pedagogical approach in her new position as a dean.

KB: How does your work as a theatre and performance studies researcher inform your pedagogy? How has your approach evolved over time?

SBC: I don’t know that I can think about teaching outside of performance. I’ve always been teaching in performance or performance-related fields and I see teaching itself as an outgrowth of my early theatre training. I was not a very good actor, but I was a pretty good ham and show-off. I found that those skills leant themselves pretty well to animating classrooms and I’ve enjoyed that.

More recently, as I’ve moved into administration, I find that I often think and approach problems in ways that are closely aligned to how I approached problems in theatre and performance work. I see my current role as Dean as very similar to work that I did as a theatre director.

For example, I did one year of an MFA directing program at Purdue University before I left to do my PhD at the University of Michigan. When I was a little baby MFA director, the head of the directing programme, Jim O’Connor, looked at a project of mine and said: “So, Sarah, I see the work that the actors are doing. I see the work the designers have done. I hear what the playwright has written. Where is your work? What are you doing?” I remember being pretty flummoxed. On the one hand, there’s the thought: “Oh but it was my idea and my staging, my vision…” Certainly, that’s one way of thinking about the visibility of the director’s work. But, I would say that the real work is in all the invisible connections between the elements that you can see. It’s the fluidity of a performance. It’s the cultivation of collaboration; it’s the movement of the event as a whole. Where you see my work is where the points of friction have been worn down just enough to function smoothly but not so much that there are gaps or disconnections. For me, that was the real art of the director and I see my role as dean in much the same way. 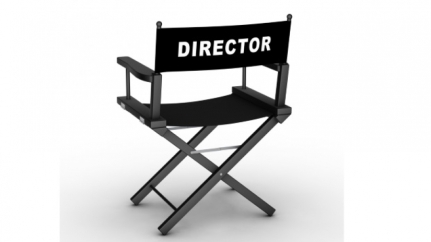 Both as director and dean, I come into a space and meet a group of diversely talented and opinionated people who are more or less focused on the same problems and have similar questions or challenges. But each person sees those problems and challenges from very different angles, and everyone has very different things to offer. All of these things can be complementary but at any given moment will need more or less attention than another. Like most theatre productions, one needs to pay close attention to resources. And, there’s the perennial collaborative question: How do you get talented people with very strong ideas which might be diametrically opposed to one another to collaborate ?

My job as – what we might call a “creative administrator” – is to create a context in which people can build on their strengths. I need to figure out how to get everyone what they need to be successful, and to step in to resolve conflicts and problems when they arise. My job is to hold “the company” as collaborative community, but with clear direction on what we’re trying to do at any given moment. It’s not perfect, but I find that those metaphors, framework, and training from theatre have been helpful to me.

KB: So much of my pedagogical practice is informed by my experiences with theatre, and particularly sport. Where are some of your teaching influences not in the academy?

SBC: I played a lot of sports as a kid, including basketball very seriously through high school and was recruited to play in college. I ended up playing four years in undergrad and was captain for two of those. And a few years ago when my kids were younger, I had the opportunity to coach 7th and 8th grade girls’ basketball, which was joyful.

When I’m with my students, it’s like a kind of coaching relationship in which there is always a moment – and it’s like this with being a director too – where you want to capture their imagination. But, eventually you take your hands off and just coach here and there. And it’s the same thing in rehearsal process.

One of my teachers, Rita Giomi, used to say that you knew you had the best rehearsal when you said the least. And, it’s really true. It’s in those moment when your team or your cast are taking ownership of the project. And I think there’s a similar trajectory that I try to follow in my classroom.

In the beginning, I’m trying to animate the material and get people excited for what comes next. I’m not afraid to put myself out there or to be unconventional, especially when working with undergraduates. But then eventually it’s about turning control and ownership over to the students so that by the end of the semester I’m saying very little. Or, at least less. And that they are looking to me less and less. It’s very much about what students bring to each other and the group.

As a dean, it’s a little different. My new role is more like that of a team captain. I’m not handing anything over to anyone. They already have it. When I played basketball, I was a point guard, and I see this job as very akin to that. My role is to have vision of the whole floor and to anticipate how the play is developing. What’s coming and what’s moving. Then, my job is to deliver the ball to the people that are going to be most effective and to faciliatate the flow of people working together. I see myself in that capacity – and probably also as head cheerleader. If you talk to me for five minutes (or follow me on twitter), I will tell you how amazing my Faculty is and how great my colleagues are and how lucky I am to be in this community right now, working alongside these talented people. And, it’s true.

KB: That’s amazing. Speaking to your new role, what’s gained and lost in your move to administration?

SBC: The biggest thing that’s lost is time with students and direct connections to them. I just don’t interact with students very much anymore. I’ll have breakfast and lunch and a couple of “Coffee with the Dean” kinds of things. But, again, it’s more removed: the faculty, staff, and students are doing their thing, and I’m just trying to keep it all humming behind the scenes. It’s rewarding, but I really miss teaching. I may try to do some teaching over the next few years.

But, it’s important that I maintain capacity both in terms of my energy and my time and attention for my colleagues. I take my responsibility and my service to the Faculty very seriously. There are things that are going to come up that only I can address. I miss teaching, and I will look forward to doing it again in whatever capacity it’s there. But I also take a lot of satisfaction in working on developing the systems that I think are delivering a lot of great things to our students.